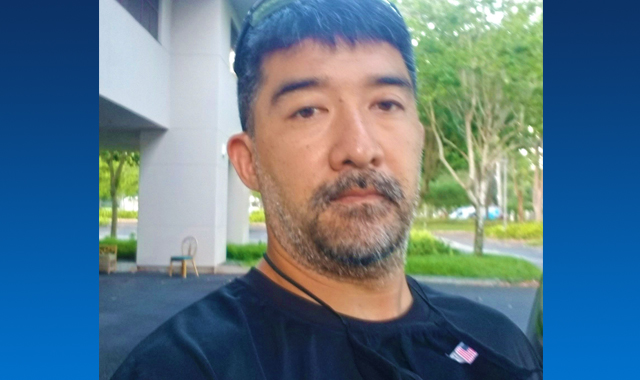 When he heard that Battelle was recruiting on his home island of Oahu, Kainoa Kalua remembered the company because it was one of the sponsors of the Wounded Warrior Regatta he’d attended near Honolulu three years ago. The Army veteran didn’t know exactly what kind of work would be required to operate the Battelle Critical Care Decontamination System, but the sponsorship of his favorite veterans’ support group was enough to make him curious.

The 41-year-old was in the National Guard for 18 years and served on its Enhanced Response Force Package (CERFP) unit, trained to decontaminate personnel, equipment and treat those people for injuries. But decontaminating N95 masks for local hospitals and front line healthcare workers? “I was a little skeptical, like, ‘What am I getting myself into’?” said Kai. “But then when I went to Columbus for the training, I’m like, ‘Ah, it’s decontamination, and that’s in my wheelhouse.’”

It took a minute. “Getting a grasp for everything was hard at first, because I’m hands-on learner, not a PowerPoint guy,” he said.  “As soon as I got to our site in Hawaii, getting into PAPRs, donning, doffing, loading masks into the chamber, I got it. I’m really liking this now, I’m digging this.”

Kai says life on the Hawaiian island hasn’t been easy since he left the Guard in 2018. He’s bounced around from construction to security to warehousing jobs and unsteady living situations, so he said this unexpected opportunity was a way to help himself and give back to his community. “To see that we’re helping front line workers, the hospitals, makes me feel great,” he said. “I see a lot of masks come in from one hospital where I worked security. I know the nurses and doctors and housekeeping; they’re friends, and knowing that we’re keeping them safe, wow. This system works. It makes me feel better because these masks, who knows what else could be on these masks in a hospital environment? We are giving them an extra layer of protection and it’s safe. I love it.”


Milo Afong is Battelle’s site lead in Mililani. He said Kai quickly became a leader on the team and was recently designated as a shift lead. “Kai is a consistent and solid leader,” he said. “His shift’s stellar performance is a direct result of his guidance and dedication to CCDS. He’s a valued leader at our site.”

Kai said he’s impressed with the emphasis on safety. “I take my time and do things right,” he said. “Every other job is ‘go go go, push push push,’ and Battelle says, ‘Don’t rush, do it right.’ It’s the opposite of what I’m used to.”

He said he’s also taking this opportunity to take proper care of back and knee issues he’s sustained from years of military service and exacerbated by manual labor. “I’m getting help from the VA and finding the right place to live,” he said.

Kai said team camaraderie is great and he loves playing host and guide for teammates new to Hawaii. The only downside? No kisses on the cheeks and bro hugs for newcomers. “Our customs and courtesies of affection, we’re having to not do that right now, and it’s hard. It drives a lot of us crazy. But there’s a reason for it. It’s to keep each other safe.”