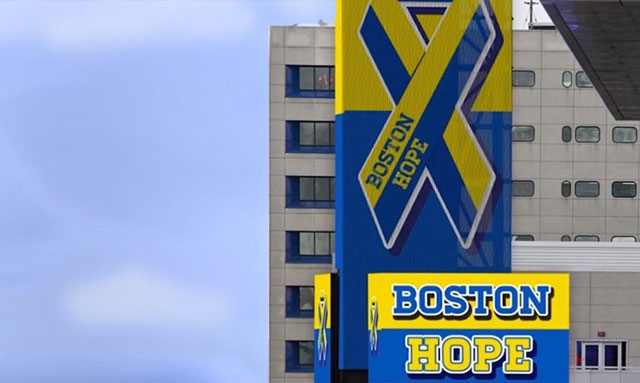 Battelle CCDS™ Supported Boston Hope When It Was Needed Most

As the pandemic hit America in the early months of 2020, Boston quickly became one of the country’s first hotspots for COVID-19 infections. As the region scrambled to meet the challenge, they were mindful of one of the most vulnerable portions of the population.

Boston Hope was a 1,000-bed field hospital set up inside the massive Boston Convention and Exposition Center to serve those requiring post-acute care upon discharge from area hospitals and the unsheltered population who were COVID-19 positive. Rich Copp, Vice President of Corporate Communications for Mass General Brigham (formerly known as Partners Healthcare), took on the role of Section Chief of Public Information at Boston Hope.

He said the field hospital had 500 beds for providing respite for unsheltered patients with COVID-19 and the other 500 for post-acute patients who were discharged from hospitals but not yet ready to leave medical care. Boston Hope was a true collaboration that ended up serving more than 700 people during the few months it was open. “While we were lucky to have 1,000 beds available, we were even more fortunate to not need all 1,000 beds,” said Copp.

The clinicians who came from area hospitals to staff Boston Hope were additionally challenged by the lack of personal protective gear, including the all-important N95 respirators. But by April, the Battelle Critical Care Decontamination System showed up in close proximity to the medical action in Boston. “When we secured Battelle it was a huge deal and made a big difference, and that was before Boston Hope even opened,” he said.

It was a ray of hope, he said. “The Battelle machine was hailed as a game changer,” said Copp. “Boston Hope benefitted from Battelle’s decontamination services. It ensured that we were able to provide adequate PPE for the clinicians at Boston Hope for the months they provided care for patients.”

He said it wasn’t just Boston Hope. “It benefitted healthcare facilities all across New England,” he said.

The Battelle CCDSTM was created in mid March to answer the challenge of the country’s scarce supply of N95 respirators and uses vaporized hydrogen peroxide to decontaminate the masks as many as 20 times.


Copp said the state’s governor, Boston’s mayor, United States Army, Blue Cross and many others worked together to make Boston Hope become a reality. And the Boston Health Care for the Homeless Program also was integral to getting sick people to the site. And they needed the support of Battelle CCDS. “Battelle was an important part of our strategy in combatting COVID-19,” he said.