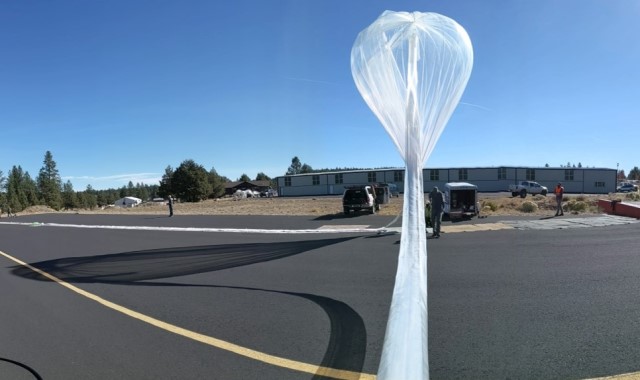 Come Fly Away on Our Beautiful (Stratospheric) Balloon

On October 16, a 79-foot tall stratospheric balloon carrying a 36-pound payload launched from Sisters Eagle Airport in central Oregon, rising more than 121,000 feet into the stratosphere. Its mission? To test the performance of a novel satellite antenna design in near-space conditions.

The launch was part of an internally funded Battelle study, completed in partnership with ISTAR Stratospheric Ballooning, to validate the use of stratospheric balloons as a testing platform for technologies planned for use in suborbital or deep-space applications. These balloons could offer a faster, cheaper path to near-space for government agencies and commercial companies who need to pre-validate equipment prior to committing to rocket-based testing.


Testing the Limits of Technology in Near Space

Stratospheric balloons carry a payload up into the stratosphere, a layer of the atmosphere extending between 10 and 50 km (6.2 – 31 miles, or 32,000 – 164,000 feet) above the surface of the earth. It lies above the troposphere, the lowest layer of the atmosphere in which nearly all life exists. Airplanes typically fly at 31,000 – 38,000 feet, in the lower range of the stratosphere. Specially designed balloons can get much higher, some reaching altitudes up to 42 km (26 miles/138,000 feet).

These attributes make the stratosphere a great place to conduct near-space testing and research. The largest stratospheric balloons (which can be 400 ft. or more in diameter fully inflated, with a volume of up to 1.7 million m3) can reach the upper levels of the stratosphere and carry payloads as large as two to four tons. The Battelle balloon has a fully inflated diameter of 90 ft. and a volume of 8,500 m3. At 121,000 feet, the balloon was probably near the top of its range.

Smaller balloons like this are cheaper to manufacture and launch than larger stratospheric balloons and can be managed by a relatively small support crew. They are much cheaper than a rocket launch—and can be conducted on much tighter timelines. That makes mid-size stratospheric balloons ideal for many near-space testing and research scenarios. Leveraging balloons as a testing platform allows researchers to evaluate how equipment intended for use on satellites or as part of a space mission will operate under the rigors of space. Balloons are also ideal for many different kinds of pure science experiments, such as seeing how materials or microbes are impacted by near-space conditions.

When the project was conceived, no one anticipated that the launch would occur in the midst of a pandemic and major wildfires. The launch had to be planned carefully to maximize the safety of the team and ensure a safe and successful mission. To minimize the risks of travel during the pandemic, the launch team was limited to just four Battelle team members (Forest Banks, Nicholas Romano, Micah Meleski, and Shannon Pitts), along with Mr. Peterzen and local volunteers for ISTAR. A few students from the Sister’s High School program also attended along with their teacher. Battelle engineers Doug Thornton, Andy Kirby and Ray Walsh provided additional project support but did not attend the launch.

The balloon carried a 36-pound payload with a unique and innovative ultra-wideband radiofrequency (RF) antenna known as a differential segmented aperture (DSA). The DSA features very high sensitivity and other attributes, such as beam steering capabilities, that could make it ideal for ground-to-satellite, satellite-to-ground, and satellite-to-satellite communications. Testing the DSA in a near-space environment will further qualify it for potential suborbital applications.

The DSA package was very light, so researchers took advantage of the extra payload space to piggyback additional science experiments for Battelle and the Sisters High School students. They also added a GoPro® camera to film the entire flight from the balloon perspective.

Shannon Pitts, an early-career scientist who joined Battelle in March of 2020, led the engineering design for the balloon’s communication system. The dual-frequency system transmitted video data using a 2.4 GHz video link, which allowed the ground team to experience the flight from the balloon’s perspective for more than 10 minutes. The long-range 915 MHz communication link transmitted data—including atmospheric data, data from the DSA experiment and required Automatic Dependent Surveillance Broadcast (ADS-B) data—for the duration of the flight. The communication link allowed the ground team to gather critical experimental data in real time. Researchers are analyzing data from the DSA now to determine how well it performed during the mission.

Ms. Pitts, who earned her B.S. in electrical engineering in 2019, said, “This was an exciting opportunity to be part of a large-scale science project from beginning to end. I learned a lot about how to work together and communicate as a team to make something like this happen. The value for my career is astounding.”


A Faster, Cheaper Path to Near-Space

The entire project was completed in just four months. The low cost and fast turnaround demonstrate that stratospheric balloons are an excellent option for rapid qualification of innovations targeted for space at lower mission risk and cost. Stratospheric balloons have the potential to significantly cut costs and reduce timelines for pre-validation testing of technologies designed for a suborbital or deep space environment.

Now that the platform has been validated for testing purposes, researchers anticipate that they will find many other applications for the Battelle stratospheric ballooning program. In addition to testing equipment for our client companies, the balloons can be used for a broad range of suborbital and stratospheric research studies. They also could provide an additional platform for hyperspectral remote sensing for ecology, filling a gap between satellite imagery and lower-flying Airborne Observation Platforms (AOPs) used by the NEON program, a National Science Foundation (NSF)-funded continental-scale ecology program managed by Battelle.

This work builds on other suborbital research conducted by Battelle, which includes the use of suborbital sounding rockets. Moving forward, Battelle is continuing to fund internal studies to validate innovative testing and development platforms. It’s one more way we are working to find better, faster and more economical ways of meeting our clients’ needs. 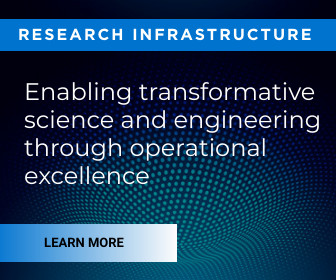