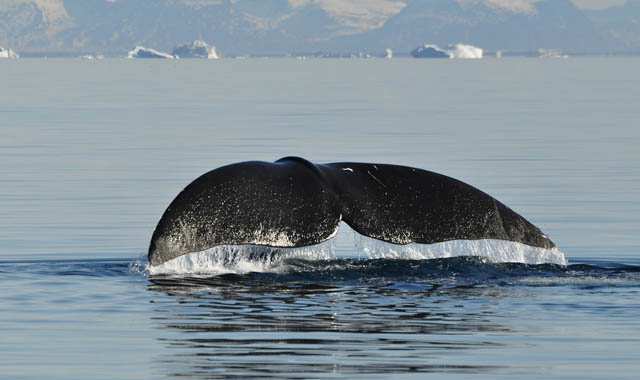 eDNA Helps Tell a Whale of a Tale

Swabbing the inside of the mouth of a 30-ton whale is probably not the most effective way to get a DNA sample. Good thing there’s something called environmental DNA that makes it much easier.

Environmental DNA (eDNA) is the genetic material organisms leave behind, such as shed cells from hair, saliva, wounds or excretions as they pass through an environment.

Why Would You Want It?

Being able to study ocean life using eDNA can give researchers a much better idea of the creatures living undersea. And it enables scientists to get very detailed with their information.

There are about 20,000 eastern gray whales in the north Pacific seas, but there are thought to be only 150 western gray whales. They are part of the same species, but one population is listed as “least concern” for conservation purposes and the other is considered “critically endangered.”

Using eDNA to define distinct populations, better understand their migratory routes and estimate population sizes can be useful in a number of ways – from guiding development plans for the oil and gas industry to setting hunting limits for indigenous populations that depend on wildlife (like whales) for subsistence and ceremonial purposes.

Of the 14 distinct populations of humpback whales that have been recognized, four have been proposed to be listed as endangered. Knowing which specific population is in a particular area is key to those working in areas with humpback whales.

How You Do It

Researchers collect and filter water or sediment samples and extract DNA from the filters, which is much easier than conducting biopsies or collecting live animals.

The collected DNA is sequenced and then matched against a database of thousands of know species. These results allow researchers to accurately identify the species that have recently passed through the area.

Battelle is pioneering new methods of collecting and analyzing eDNA to make these studies faster and more economical, as well as provide advice grounded in solid science.