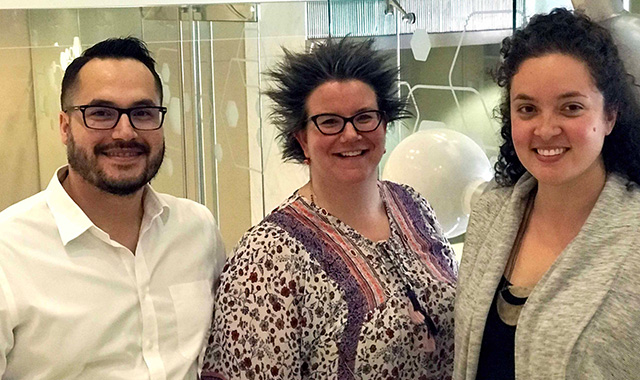 There aren’t many issues that unite all people in all countries, but here’s something we can all agree on: No one likes bug bites. Ever met a big fan of Lyme disease, Rocky Mountain spotted fever, West Nile or Zika? Neither have we.

To make matters worse, a new report from the Centers for Disease Control and Prevention (CDC) has found that illnesses from mosquito, tick and flea bites more than tripled in the United States from 2004 to 2016, nearly 100,000 cases.

A current Battelle project is aimed directly at one of those offenders—mosquitoes.

Certainly, you remember the international uproar concerning the mosquito-spread Zika virus in 2015-‘16. Well, the United States Department of State's Bureau of Oceans and International Environmental and Scientific Affairs had funds following that emergency that were earmarked for promoting prevention and awareness of mosquito-borne diseases internationally.

Battelle scientists won the grant from the State Department that facilitates a two-week, four-state tour across the United States. We will be hosting 20 international public health communications professionals to engage in multi-directional dialogue about how to prepare for or prevent future outbreaks.

“This is important work we’re doing for the State Department. There is diverse experience around the world that we’re excited to highlight through the facilitated trainings, site tours, presentations, small-group discussions, and field visits during our information sharing program,” said Natasha Sadoff, a principal research scientist in Battelle’s Public Health group.

The tour begins in early May and includes visits to the CDC in Atlanta, the National Ecological Observatory Network in Colorado, Fort Lauderdale (where there was a Zika outbreak) and culminates with a forum in Washington, D.C. that coincides with the Smithsonian’s National Museum of Natural History exhibit, “Outbreak: Epidemics in a Connected World.”

In order for outbreaks of the future to be mitigated in a timely, efficient and scientific manner, there will have to be improved coordination, new public-private partnerships, and more effective communication.

“Vector-borne disease, including those spread by mosquitoes, impacts over half the world’s population and with changing social and environmental factors, the risk continues to spread.  The Mission Mosquito project focuses on preventive measures and innovative solutions for vector control, communication, and education,” said Tanya Maslak, also a principal research scientist in the Public Health group and the Project Manager.