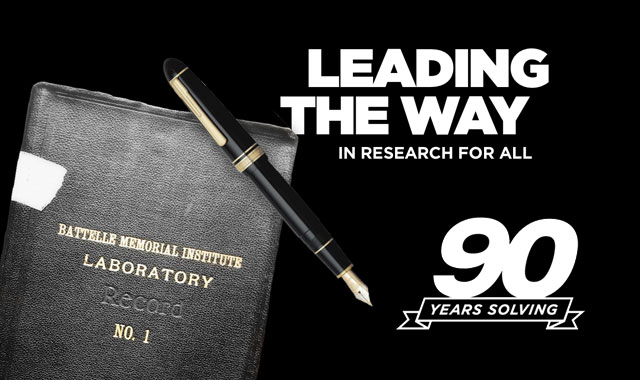 If a year is measured in 525,600 minutes, then Battelle is at 47 million minutes and counting

We're celebrating 90 years of translating scientific discovery and technology advances into societal benefits. And we couldn't be prouder.

Our founder, Gordon Battelle, had a vision more than nine decades ago to unite the best scientific minds for the benefit of humanity. He believed that science, engineering and research could bring competitive advantage to business while making the world a better place.

Over the years we've seen our business shift, adapt and tackle new challenges in support of government and industry, but our mission has never faltered. We're still solving what matters most in health, national security, laboratory management and the environment.

Check out some of the highlights below from our 90 years. Bet you a sandwich coin that you didn't know some of these innovations could be attributed to Battelle.


The interactive timeline captures a history of Battelle's greatest discoveries.
Check it out

Every story has a beginning. Battelle's starts in 1920, when Gordon Battelle wrote his last will and testament. His death several years later led to the founding of the Battelle Memorial Institute, with our first building's doors opening for business late in 1929. The decade that followed saw us build expertise and industry recognition for our work in metallurgy.

The onset of World War II prompted Battelle’s research into the fabrication of the then-unknown metal uranium, which supported the now infamous Manhattan Project. This particular contribution propelled Battelle to take its place as one the nation’s leading institutions for nuclear research. 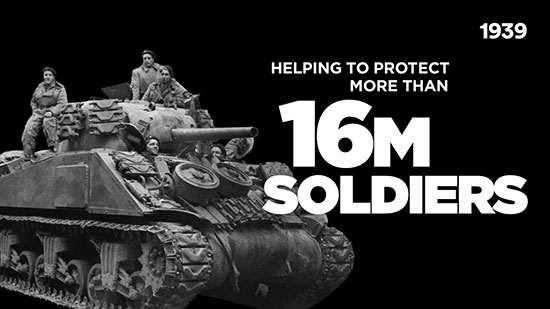 With World War II in America’s rearview mirror, fast became the fashion – from cars to food. Battelle hit the gas, fast-tracking new ideas to streamline the way we lived and worked. Battelle solvers were instrumental in development of the photocopy machine, which propelled the organization to exponential growth, and the UPC barcode symbol – now a staple in retail in manufacturing. 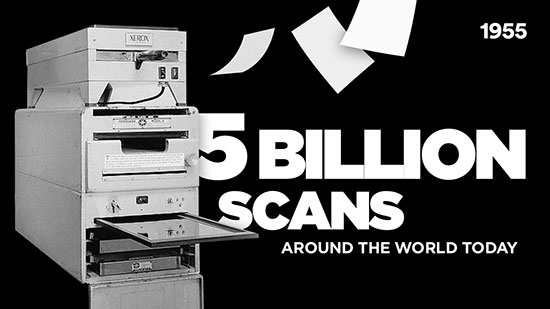 The Space Age was defined by rapid advances in technology and a number of historic firsts. Battelle’s contributions included research into combustion, electronics, energy conversion, life support, coatings, lubrication, materials, propellants, radiation and electronic mechanical reliability. Our work assisted in the launch of Apollo 11 and helped America secure its seat in the space race. 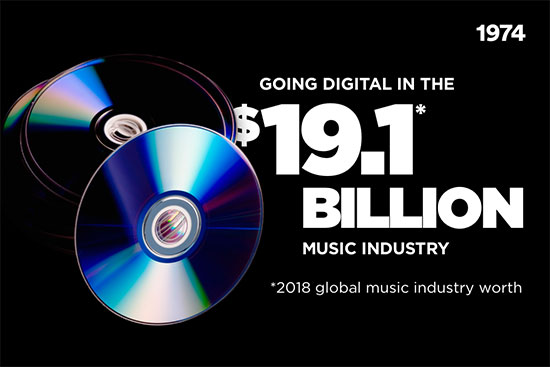 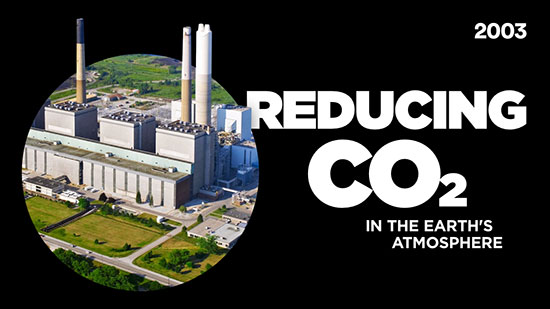 A new millennium launched Battelle into a new era of defending the globe through research. Battelle has proudly helped support and defend the world with contributions in biodefense, cyber defense, war defense, biosecurity and ecology. We continue to manage the National Biodefense Analysis and Countermeasures Center and Los Alamos National Laboratory, both of which are dedicated to national security.. 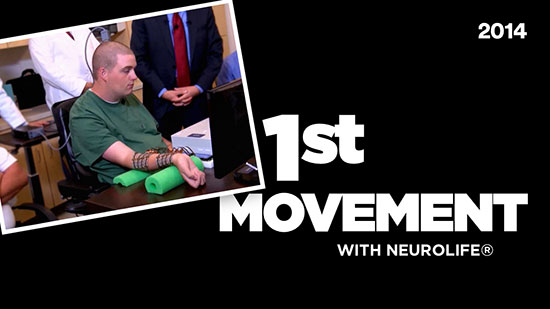 The Imperative Age: Forging the Future

Our research and development efforts are not just focused on solving the most difficult challenges of today, but also look to the future. We’re conducting advanced research to address the needs of tomorrow, including: 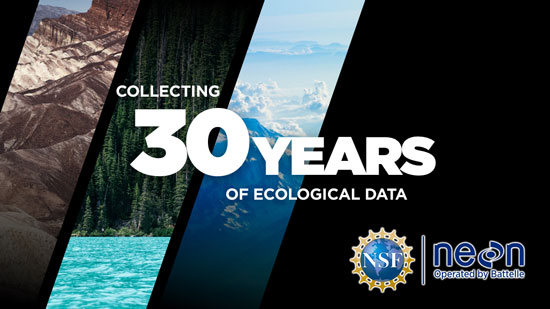 Still want to know more? Visit the interactive timeline (if you haven’t already) or check out this special section in Columbus Monthly.