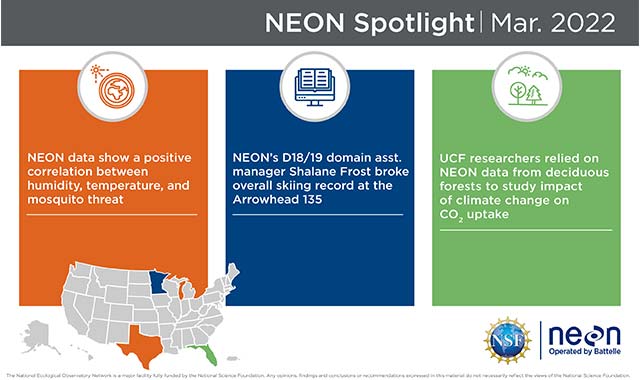 For March, we’re featuring three ecological advances including a study that investigated the impact of terrestrial ecosystems on climate change, as well as a model that predicts mosquito threats in different locations. We’re also thrilled to highlight NEON D18/19 Assistant Manager Shalane Frost, who broke the overall record at Arrowhead 135, a cross-country ski race in northern Minnesota.

The latest news from NEON includes:


Sponsored by the National Science Foundation (NSF) and operated by Battelle, NEON is a continental-scale ecological observatory network dedicated to providing high-quality, consistently generated, standardized data that is free and available to all users. By enabling scientists, researchers, and students to address critical questions and understand ecosystem changes over time, the NEON program allows the ecological community to tackle questions and problems at a scale that was not possible before.

You can read about the latest work and research in the NEON Spotlight every month at Inside Battelle, and on our social media channels. For more information about NEON, visit NEONscience.org. 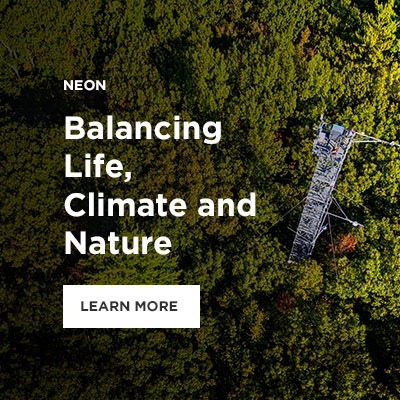 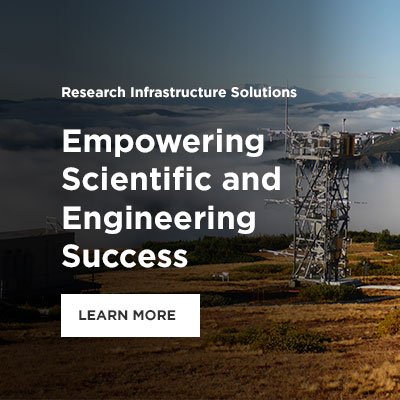