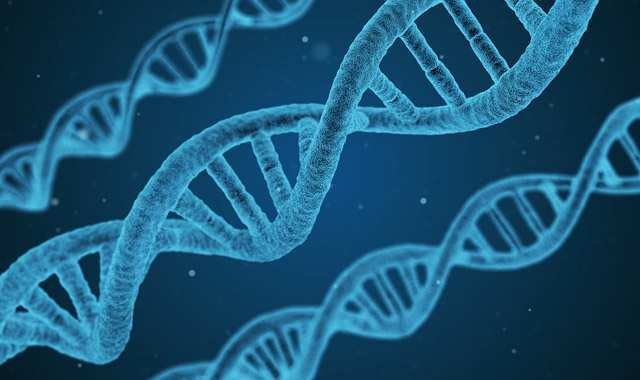 MPS vs. NGS: What's the Difference?

It also has the potential to solve some of the biggest challenges facing forensic scientists, namely the reality of working with degraded DNA samples or samples containing DNA from multiple contributors.

The science is a game-changing reality, but many in the forensic community refer to it by different names, which can cause some confusion. So, why the differing names?

What is Massively Parallel Sequencing?

The term “Massively Parallel Sequencing” is used to describe the method of high-throughput DNA sequencing to determine the entire genomic sequence of a person or organism. This method processes millions of reads, or DNA sequences, in parallel instead of processing single amplicons that generate a consensus sequence. The result is a higher resolution of every sample.

This process gives MPS vastly more resolution than traditional Sanger-based capillary electrophoresis (CE) technologies. The impact of this is huge for the forensic community: scientists can extract meaningful information from full or partial DNA samples even when databases do not confirm a match.

What is Next Generation Sequencing?

In short, the same exact thing. Consider this definition:

"Next-generation sequencing refers to non-Sanger-based high-throughput DNA sequencing technologies. Millions or billions of DNA strands can be sequenced in parallel, yielding substantially more throughput and minimizing the need for the fragment-cloning methods that are often used in Sanger sequencing of genomes."
– Nature.com

The two terms are used interchangeably. Historically, Next Generation Sequencing was used as the catchall term for high-throughput DNA sequencing. Over the past few years, however, the term MPS is beginning to have broader adoption among forensic scientists.

Why So Many Names for the Same Technology?

The forensic community refers to MPS by several names, including Next Generation Sequencing (NGS), and High Throughput Sequencing (HTS). The reason for the interchangeable names may be found in the history of genomic sequencing.

DNA sequencing has gone through many evolutions since its beginnings in the late 1970s.

In the earliest days, a scientist by the name of Fred Sanger learned how to sequence the first whole DNA genome. He quickly went on to develop DNA sequencing technology, using a technique called the chain termination method. This is now seen as the “first generation technology” of genome sequencing.

This method had a significant disadvantage: it was painstakingly slow, expensive and it relied on radioactive materials. Throughout the 80s and 90s, new technologies emerged that built upon Sanger’s approach in ways that increased the throughput and safety of DNA sequencing through automated, capillary electrophoresis (CE) sequencing. For decades, this became the primary method for genomic sequencing.

But limitations continued to persist. While faster and less expensive than Sanger’s technique, CE sequencing was still slow and expensive. Results took years to produce and millions of dollars.

In the early 2000s, new technology emerged that sequenced DNA in parallel – greatly increasing the speed of throughput and significantly lowering the costs associated with DNA sequencing. Scientists could run sequences in days instead of years, for thousands of dollars instead of millions. The shift was so radical that this became known as the “Next Generation” of genomic sequencing.

And that name stuck. Until now.

The Next Generation of DNA Sequencing

The next generation will be defined less by technology, and more by adoption and application.

While academic and research organizations are well-versed in MPS methods and technologies, the forensic community have yet to fully adopt the method. That’s especially true in the realm of forensic investigation – where MPS can have a huge impact on investigations.

Here’s why: while the technology is promising, it has yet to be validated in the rigid accredited workflows required for investigative agencies and crime labs. NGS technology introduces methodology, instrumentation, workflow and data management and reporting practices that are different from the well-established conventional DNA technology practices used in forensic DNA laboratories. In addition, peer-reviewed publications detailing comprehensive NGS testing relative to the DNA Quality Assurance Standards, necessary to evaluate a new or novel technology for introduction in forensic science and criminal justice arenas, are limited.

But progress is being made.

In addition, workshops have been organized at international meetings (like ISHI) the last few years to increase awareness of the strengths and weaknesses of the technology and how it relates to current capillary electrophoresis approaches for genotyping. With the release of the NIJ report, thought leaders from around the forensic community can come together to develop strategies for MPS implementation.

The forensic community is getting closer to taking MPS mainstream. Our next big step is defining an implementation roadmap for the adoption of MPS technology within investigative workflows.

At Battelle, we choose to refer to this high-throughput, low-cost, extremely-accurate genome testing as Massively Parallel Sequencing. The reason is quite simple – the name is simply a more accurate depiction of the technology. We are living in the next generation of DNA sequencing. The question is, will we take advantage?

The evolution in DNA sequencing is not only giving scientists more results in faster time, it’s shifting the way that scientists think about genetic information. And it’s providing remarkable new possibilities for forensic case work, which can have a huge impact of crime fighting success and community safety.

Will the forensic community take advantage?

Battelle has been working with other U.S. government agencies and the Ohio Bureau of Criminal Investigation to evaluate MPS and develop optimized workflows and validation methods. This work, coupled with the NIJ study, are informing the development of recommendations and training programs for forensic labs wishing to implement MPS.