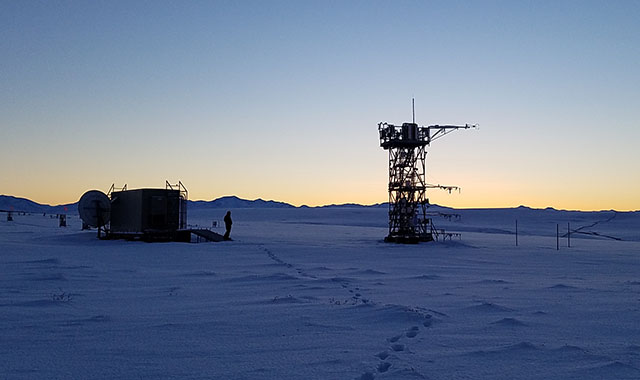 Science at the Top of the World

Science everywhere has its challenges. When you're conducting research in remote wilderness locations, those challenges are magnified. Battelle is pushing science forward in some of the most remote and extreme environments in the country—like the Arctic Tundra and Taiga.

Into the Wilderness of Alaska with the NEON Program

Battelle has a long history of fieldwork in the Arctic to support projects for government agencies and the oil & gas industry. Since 2016, Battelle has overseen the National Ecological Observatory Network (NEON) for the National Science Foundation (NSF). The NEON program conducts continental-scale ecological research, with 81 field sites across 20 North American ecoclimate domains.

Eight of these field sites are located in the Arctic Tundra and Taiga domains in Alaska.

Battelle scientists and technicians maintain these sites and their sensor stations and instruments year round. To move people and equipment to these far-flung locations, the team drives more than 100,000 miles each year and flies an uncounted number of miles back and forth from Barrow, which cannot be reached by road. Along the way, they learn to handle extreme weather, spotty communications, wildlife encounters, challenging terrain and a lot of mosquitos.

Chris Baird, the Field Operations Manager for the NEON Arctic Tundra and Taiga domains, is no stranger to working in remote and challenging environments. Before joining Battelle in 2016, Chris worked as a wildlife biologist monitoring seabird research colonies on remote islands on the upper St. Lawrence River and operated a remote arctic wildlife research station in Nunavut, Canada. These and other experiences—including two years living in a cabin he built along the St. Lawrence River—fostered a deep love of the arctic wilderness and plenty of respect for the logistics involved with working and living there.

His team is made up of other hardy souls, many with extensive guiding or mountaineering experience. Assistant Operations Manager Shalane Frost, who worked at the Bonanza Creek Long-Term Ecological Research (LTER) site in Alaska prior to joining Battelle, is also a competitive Nordic skier.

"Careful recruiting is really important. We look for people who have relevant outdoor skillsets in addition to the scientific skills. You have to be physically and mentally strong to work up here," Chris said.

The NEON Arctic Tundra and Taiga team has 11 full-time employees living and working in Alaska, including Chris, Shalane and nine field ecologists. Each summer, they hire 40 to 50 seasonal field technicians for the busy sampling season.

Chris loves working in Alaska for the stunning vistas and pristine landscapes.

"This is really the last wilderness frontier left in the U.S.," he said. "It is still a pristine area for the most part and it is just beautiful. You have these incredibly expansive ecosystems that are still largely intact."

The NEON program is tasked with monitoring those ecosystems over time to detect changes in climate, biodiversity and ecosystem characteristics. The observatory collects dozens of data products at each field site, including observational sampling for terrestrial and aquatic organisms, meteorological sensor data, biogeochemistry measurements and remote sensing data collected by small planes. Data collection methods are standardized across all of the field sites in the observatory to allow for comparison across geography and time.

Interested in using NEON data for your research?
Learn More
But the challenges faced by technicians in the remote Alaska sites are decidedly non-standard.

"We have the largest territory and the most remote sites," said Chris. "Just moving people and equipment around the state requires a lot of logistical planning."

For example, some of the samples collected in the field must be preserved on dry ice and shipped to an out-of-state laboratory within 48 or 72 hours of collection. Sourcing and transporting dry ice and getting samples to a FedEx pickup on time is a lot harder from the North Slope of Alaska than for sites closer to civilization. This sometimes requires creativity—such as contracting with Haul Road truckers to transport samples into Fairbanks.

Field staff also have to contend with long treks on difficult terrain and a climate that can swing from 90°F in the summer down to -40°F in the winter. The northern sites see 24-hour darkness in the winter and 24 hours of daylight in the summer. Field technicians must stay alert when collecting observational data or servicing equipment to avoid encounters with grizzly bears, wolves, moose and other potentially dangerous wildlife.

The extreme environment requires a lot of preparation to ensure that everyone stays safe. All personnel go through an annual Arctic Field Safety Program delivered by Polar Field Services for NSF, which covers everything from Haul Road safety to cultural awareness when working with native populations. The NEON program employees also conduct their own monthly safety courses with topics targeted to the needs of the team.

Every expedition is meticulously planned, communicated and executed with extensive checklists to ensure that no detail is forgotten and everyone is accounted for at all times. All this training has paid off—so far, the worst emergencies the team has had to handle have been flat tires on the Haul Road (a common occurrence) and occasional communication outages.

"For the last three years, we’ve been finishing construction and working out all of the logistics and operational details to make things work up here. Now, we're just starting to produce high quality research data. Battelle is well positioned to expand their Arctic research programs up here. I'm excited to be a part of that."
*Photo credit: Thomas Colby Wright 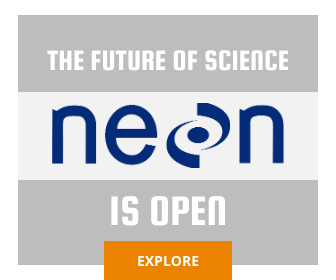