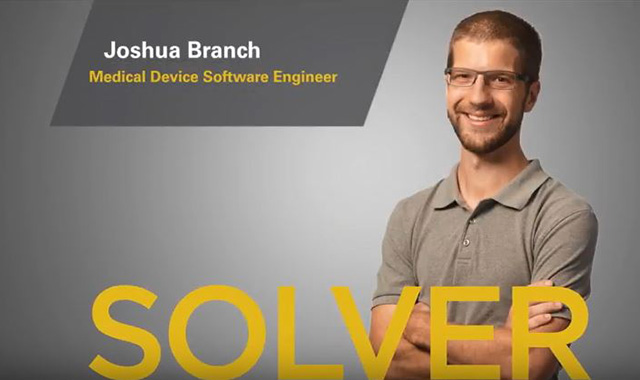 How do you get from the bright lights of Broadway to a research lab in Ohio? Battelle Researcher Joshua Branch knows the way.

Joshua is a medical device software engineer at Battelle’s Columbus, Ohio headquarters. He works to help clients get their medical devices to market.

“There is a lot of work that goes into creating a safe and effective medical device and it takes a collaborative team working together to be successful,” he said.

On an average day, Josh is working on the technical side of software engineering, and most of the software he writes is for microcontrollers, the small processors that are typically used in medical devices.

“A great example of a challenge I’ve solved is a project that had a robotic arm with six degrees of freedom, which means six motors. The complex motion paths required for the arm needed extensive kinematic calculations to calculate and execute smooth movement, but the calculations had to be executed on a microcontroller with limited processing resources,” Joshua said.

Software engineering for medical devices is much more than writing code. Quality assurance also is a major component.

“There are piles of documentation and testing that are required to meet medical device compliance standards and FDA expectations. This is one reason it takes such a large team of people to successfully complete a project,” Joshua said.

He’s been at Battelle for four years, and his journey here was an interesting one.

Tinkering in the basement with his dad on everything from carpentry to metalwork led Joshua to become involved in theater in junior high school (so that he could build the scenery and play with some cool toys like sound mixers and lighting boards). And that resulted in a bachelor’s degree in theatre design and technology from Otterbein University.

“I got as far as working as an automation engineer co-op for a few of the top companies in the New York City area that built scenery for Broadway. I found I was doing enough engineering work that I wanted to return to school for an engineering degree,” said Joshua.

He attended The Ohio State University for his engineering degree and an internship at Battelle resulted in a permanent job change.

Joshua’s wisdom for those considering careers in engineering: “Be curious and never stop learning. Keep taps on the latest technology, especially in the field of software engineering. Learn a new skill. It’s a balance of becoming a subject matter expert in a couple of areas verses growing a breadth of knowledge in many areas.” 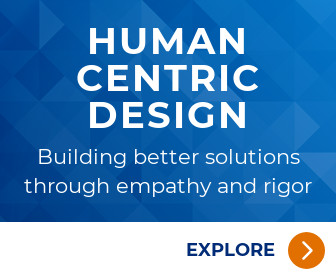