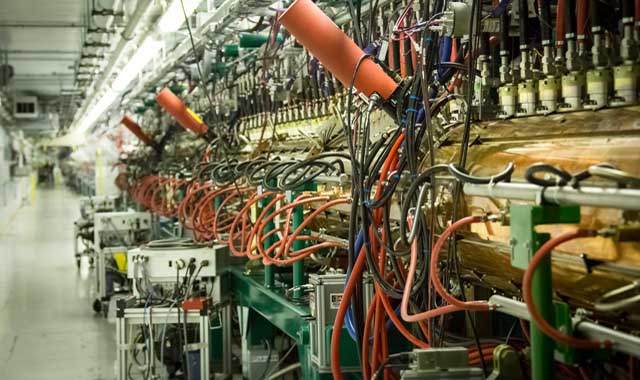 People who weren’t big fans of science class likely remember at least some of the basics: atoms are small particles that make up everything around us – including us. Atoms contain protons, neutrons, and electrons. But there is so much more to it than that.

Each component of an atom has its own characteristics. When it comes to analyzing advanced materials, neutrons are the superstar. And the Spallation Neutron Source (SNS) is one of two world-class neutron sources for energy and material research at the Oak Ridge National Lab (The High Flux Isotope Reactor is the other source). It opened in 2006 and has been going strong ever since.

SNS is an accelerator-based facility that delivers short pulses of protons – 60 times a second – to a target system where neutrons are produced through a process call spallation. (Think of spallation as what would happen if you hit concrete with a sledgehammer and caused pieces to fly in all directions.) The data collected from samples probed by the resulting neutron beams reveal molecular structures in various materials and provides unique capabilities that complement other techniques like X-rays.

“We accelerate protons to move at 88% the speed of light into liquid metal and lots of neutrons boil off. The technology is very advanced,” said John Galambos, Upgrade Project Office director.

Because neutrons can be used to study the strength and performance of materials under a vast array of altering conditions, a number of discoveries have been made at SNS over the last decade. Those discoveries include everything from improvements in computer CPUs and memory, cell phone batteries, and medical advances. And sometimes the discoveries are just plain fun.

In 2016, more than 1,800 total users visited SNS to conduct experiments and published more than 300 papers. As long as users make the data they collect free and open to the public, the facility is free to use.

There is so much interest in both facilities at ORNL – and that interest comes from industry, academia and other national labs – they received three times more requests for beam time than what could be accommodated.

Fortunately, when the SNS was built, its creators were forward-thinking enough to plan for future expansion.

“There are other facilities that study materials with other probes, but we are the only spallation neutron source open to researchers located in the U.S.,” said John. “We’re No. 1 as far of the peak brightness of the neutrons. Japan has the next highest brightness neutron source.”

But the world doesn’t sit still. A new facility under construction in Europe will be very comparable – if not an improvement – to the SNS.

“We need to think about next steps to stay competitive,” said John.

There are two major efforts underway to upgrade the facility. The first is a power upgrade which would double the power available from 1.4 MW to 2.8 MW. This increase would enable experiments that are not currently feasible, such as experiments on smaller or less concentrated samples and would also increase the number of scientists who could use the facility. The second is building a second target station, which would provide new science capabilities to support research in areas such as soft matter, quantum materials, chemistry, and biology. The two proposals are in different stages of review at the Department of Energy. 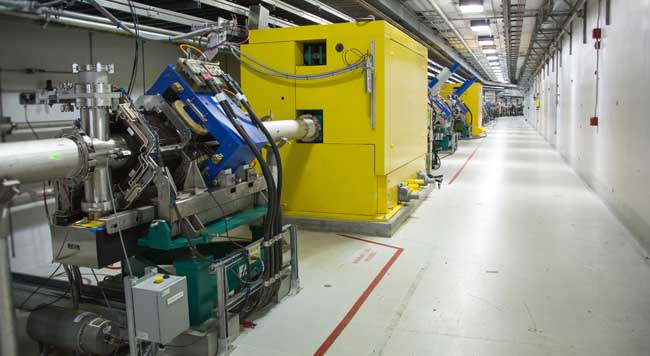