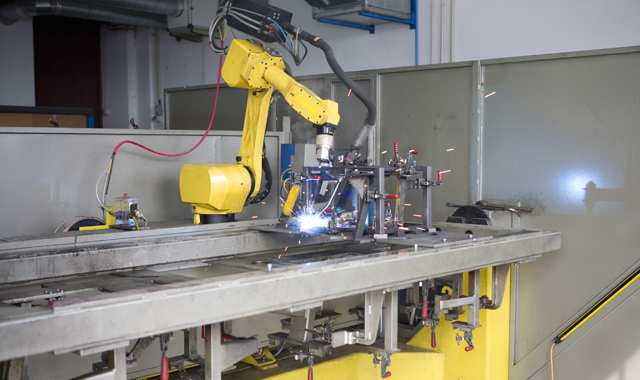 The Future of Autonomous Robots

Why isn’t Rosie the Robot buzzing around your kitchen yet?

Robotics has come a long way in the last decade. From industrial robots to self-driving cars, yesterday’s sci-fi is becoming today’s reality. But there’s a reason you don’t yet have a robot frying up your bacon and eggs in the morning—and it’s not just the cost.

The Robotic Challenge of Collision Avoidance

Most industrial robots today are programmed to follow a very strict set of instructions and move in predefined ways through their space. That makes them very good at jobs where they repeat the same movements over and over in exactly the same way. But when we ask a robot to move through an unpredictable environment, this kind of preprogramming doesn’t work. The robot needs to be able to “see” its environment and adjust its motions in response.

Rosie the kitchen robot has a different set of challenges than a self-driving car. She not only has to “see” objects in her environment, but also be able to do things with those objects—see where a pan was left on the counter and move it to the stove, find an egg in the refrigerator and crack it into the pan, find the salt shaker in the cupboard and shake some salt on the egg.

Her sensors must not only tell her something is in her path but also help her recognize what it is and what she must do with it. She also has to be able to respond to real time changes in her environment such as a human or a pet moving in front of her so she can safely share space with her unpredictable living family.

Industrial Robotics for the Future

The industrial robots of the future will be able to work with variable components and adapt to different kinds of jobs without extensive (and expensive) reprogramming.

For example, imagine a robot whose job is to apply a precision coating to components coming down the line. If all of the components are precisely the same, the robot can be meticulously programmed to move around the object and apply an even coating. Currently, objects of a different shape would require reprogramming to adjust the robot’s motions.

The robot of the future won’t need reprogramming. It will be able to scan each item in real time as it comes down the factory line and calculate the right motions to uniformly coat the item. If it is working alongside other robots, it will also automatically adapt its motions in response to its neighbor’s movements to avoid collisions.

Multi-task robots could be programmed to perform a variety of actions depending on where they are on the factory floor, all using the same adaptable scanning and collision avoidance technology.

Getting to Rosie the Robot

Robotic technology is advancing quickly, though we still have a ways to go. But with companies like Battelle continuing to advance robotics, it's getting closer every day.