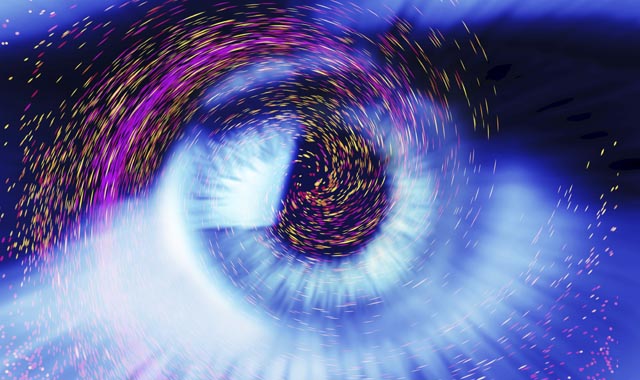 The Future of Research

A scientist, a vice president, a strategist and a researcher walk into a bar … stop me if you’ve heard this one before.

OK, well they didn’t walk into a bar. They walked into a conference room at Battelle. We asked some of our Battelle leaders to share some insight into what they envision for the state of research in 2037.

And here’s what they had to say.

Who will be paying for and conducting scientific studies? Will there be a shift in balance between governmental agencies, higher education and private companies?

Brett: As federal budgets become more contentious and constrained by non-discretionary accounts, it is possible that the three major non-defense science funding institutions (NIH, NSF and DOE) will be held flat or reduced. This in turn could ultimately affect the research university model. Collaborative funding models that integrate industry and academia/government labs may continue to flourish. Industry seems unlikely to fill in basic research areas from which government may withdraw.

Herb: There will always be a place for government funding for science. The big change, however, is that super-wealthy individuals are also having a bigger impact. Bill & Melinda Gates, Elon Musk and others are pouring large amounts of funding into science and technology, but only in their narrow fields of interest. That trend is likely to continue, but only governments can support grand-scale science like fundamental physics and space exploration. Sometimes several governments will join together because the costs are too large for a single government.

Demetri: This is a complex question. It requires understanding how dominant governments will be compared to corporations, whether traditional university institutions will endure with increased free online education, if societies will move toward greater direct crowd-sourced decision making, and the impact of continued concentration of wealth. Underlying all funding trends is the question of how people will regard science and why they will value it. Knowledge does indeed impart power and so the public should be attuned to who is funding research and why.

Mike: R&D will be conducted ever more globally, with the United States trailing China and the European Union in overall funding and performance of research. The proportion of research funded by the U.S. government will decrease, relative to that funded by private companies. An increasing share of the research will be conducted by universities and university-affiliated research centers, as these become more responsive and adaptable.

Which emerging fields are expected to stick around? Are there popular fields of study that may become obsolete?

Brett: Applications of machine intelligence, human-machine teaming and human enhancement may be rapidly transforming society in this timeframe. Driven by economics of aging population and advancements in genomics, life science research in complex central nervous system diseases may catch up with heart disease and cancer in progress and funding. The nature of R&D in traditional fields like chemistry and biology will continue to evolve away from discovery and toward interdisciplinary convergence and application performance.

Herb: The ones most likely to remain are those that are the least understood. Neuroscience and fields related to the brain are only going to grow. I’d also expect that immune diseases, cancer and other debilitating diseases will remain until they’re solved. They’ll be solved someday, but probably not entirely within the next 20 years. Human-machine interfaces will become more commonplace for a variety of uses, medical and otherwise.

Demetri: I think it is the notion of discrete fields of study that will become obsolete. Increasingly, it is interdisciplinary research and the intersection between traditional fields where discovery and innovation is occurring. As our understanding becomes ever more sophisticated, phenomena must be examined holistically, in context, from sub-atomic to macro levels of organization, which will be enabled by the proliferation and accessibility of high-performance computing capability.

Mike: Applied genomics and artificial intelligence will continue to grow and at an increasing pace. Cyber systems and electronic data transmission will be inherently secure. Personal vehicles will provide greatly enhanced situational awareness to operators, but autonomous vehicles will not be permitted on public roads.

What new tools will be available to scientists?

Brett: Progress in computing (including quantum) may transform the ability to fully model any physical and biological system for research. For example, translational animal models for drug development will no longer be needed. Biological and genetic mechanisms will be elucidated to a much greater degree, accelerating life science research, particularly when combined with data science and machine intelligence. Complex designer molecules and functional materials will be routine. Mimicry of highly efficient organisms, processes and materials will be common at an industrial scale.

Herb: CRISPR (a genome editing tool) is changing the way we think about treating disease. Once we harness it fully and develop other, safe tools for genetic manipulation, many diseases we considered incurable will be regularly treatable within the next 20 years – some cancers, genetic diseases and chronic conditions, to name a few.

Demetri: We will increasingly be able to build using the basic building blocks of nature at every scale – be it fundamental subatomic particles or proteins. Even more disruptive, this capability will be increasingly accessible to the general public, unleashing the creativity of the human population on a grand scale. The question worthy of some thought is not what tools will be available, but how their growing power and accessibility will be used responsibly.

Mike: Functionalized genomics toolkits will be available to scientists for a range of regulated applications. Artificial intelligence will have greatly enhanced capabilities, permitting rapid identification and application of knowledge relevant to problems, as well as simulations of possible outcomes with great fidelity.

These questions were part of a larger article in The Columbus Dispatch about the future of research in Columbus. The article was part of the CbusNEXT series.