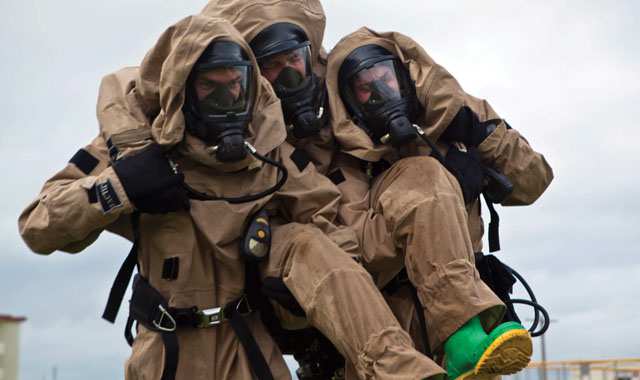 The threats posed by chemical and biological weapons are on the rise, presenting the Departments of Defense and Homeland Security with the challenge of developing highly effective countermeasures against increasingly sophisticated enemies.

In its annual report to Congress on the military’s chemical and biological defense programs, the Pentagon concluded:

“Rapid advancements in technology are making it easier for an adversary, whether state or non‐state, to develop chemical and biological (CB) weapons. The DoD faces CB threats that are complex, diverse, and pose enduring risks to our Joint Force and the Homeland.”

The ability to protect American troops and civilians from the breadth of chemical and biological threats rests on U.S. scientific and engineering ingenuity to develop robust and reliable deterrents, detectors, protection and medical countermeasures.

The Key to Meeting a Rapidly Growing Threat

The development of these systems in turn depends on rigorous and relevant live-agent testing to mitigate technological risk.

Why Live-Agent Testing Must Be Introduced Early in the Process

Those advantages are particularly pronounced with Department of Defense CBRNE annual budgets under intense pressure – for 2017 they are expected to decline by about $200 million from approximately $1.4 billion in 2015. Military services have fewer resources for exploring untested or less mature solutions. In short, developers must ensure that their systems are capable – with as much risk reduced as possible -- in order to win government CBRNE funds.

One other key advantage: Live-agent testing added early into the product development cycle can better prepare manufacturers to meet government requirements. For example, early efficacy testing of fabrics and systems can ultimately save manufacturers time and money. They’ll know in advance whether their technology is able to meet DoD requirements or gain sufficient data to make improvements and investment decisions.

The Adoption of Early Live-Agent Testing

Kenneth Myers, director of the Pentagon’s Defense Threat Reduction Agency, laid out the ever-increasing threat posed by weapons of mass destruction that can be manufactured in an easily concealed location.

“We are not talking about huge factories or facilities in most of these cases,” Myers said. “Sometimes it is a small laboratory that could fit inside a bathroom. Given this reality, no region of the world is impervious to potential WMD threats.”

As long as that threat hovers over U.S. population centers and American forces overseas, the need for live-agent testing will remain a top priority. And so will the need for manufacturers to test their systems early in the development process against real threats.