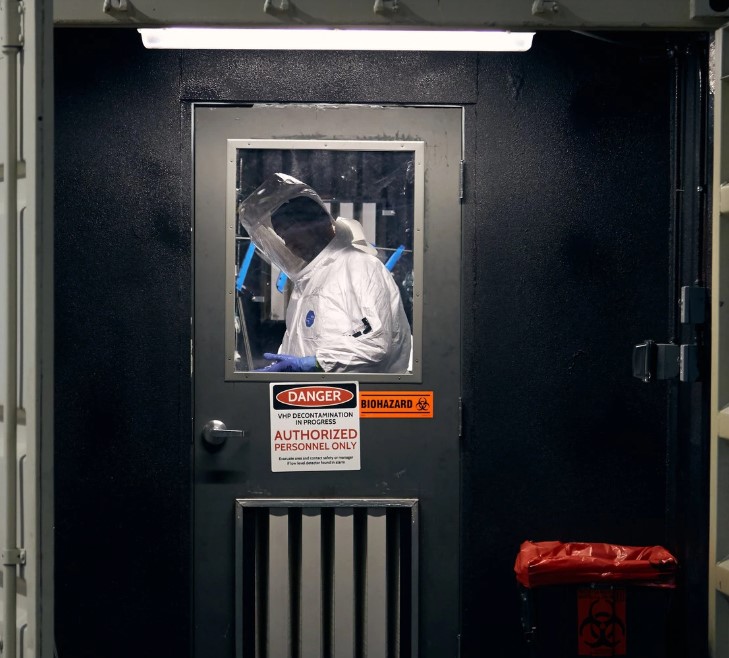 While Merriam-Webster chose “pandemic” as its word of the year, it could have picked “unprecedented” and been just as topical. At Battelle, we answered these challenging times with science, dedication and philanthropy. Our most publicly notable accomplishment this year was the Battelle Critical Care Decontamination SystemTM that we deployed around the country to help frontline and health care workers extend the use of their N95 masks. But we had many other highlights. Here’s a recap.

*We announced a new project funded by the U.S. Department of Energy to develop a process to make polyurethane foam from coal.

*At the National Ecological Observatory Network, which we manage for the National Science Foundation, we welcomed a new observatory director to the team. Dr. Paula Mabee had been the University of South Dakota’s Nolop Distinguished Professor in the Department of Biology.

*At the request of the MIT Technology Review, we ran scenarios through our ThreatSEQTM software to help detect if bad actors could indeed create or order a copy of the SARS-CoV-2 virus (it did).

*As the world really began to worry about COVID-19, our researchers were working hard to understand its spread and persistence in our biocontainment facilities.

*NASA officials chose the name for its new Mars rover: Perseverance. Battelle helped administer the national contest for children to come up with the name. Attached to the rover will be a helicopter we helped to name Ingenuity.

*Our scientists worked collaboratively with commercial, academic and government entities to support the global efforts in understanding, testing and treating the illness caused by SARS-CoV-2.

*We also fielded, in about two weeks, the first decontamination system.

*A big national story centered on OhioHealth doctor Lori Hommema and her husband Kevin, who works at Battelle. A dinnertime conversation launched the Battelle Critical Care Decontamination System into overdrive.

*The Battelle NeuroLife team published a paper renowned journal Cell, showing how we  restored the sense of touch to neurotechnology pioneer Ian Burkhart. WIRED explained what it means.

*As the team of dedicated scientists to which we belong works to destroy the stockpile of chemical weapons in our country, we passed an important milestone.

*Satya Chauhan was named Battelle Inventor of the Year.

*In a new program funded by the Institute of Museum and Library Services and OCLC called the REALM Project, our first-phase testing showed that the virus that causes COVID-19 is undetectable on common library materials after three days.

*REALM Project: Test 2 results, show that after two days of quarantine in a stacked configuration, the SARS-CoV-2 virus was not detectable on archival folders. After four days of quarantine in their stacked configuration, the virus was not detectable on the braille pages, glossy book pages, and board book. The magazine pages showed a trace amount of virus at four days.

*Our researchers began work on three new Environmental Protection Agency projects to determine how long the virus that causes COVID-19 lives on a variety of surfaces and what available disinfecting products are effective.

*We won a new contract from the Air Force Research Laboratory to assist the Department of Defense as it pivots from a Trusted Foundry approach to a Zero Trust architecture in production of critical microelectronic components.

*We started a new project to research, develop and evaluate geospatial technology platforms.

*We announced work with The Ohio State University Wexner Medical Center to further develop the NeuroLife interface technology for home use.

*FoodChain ID licensed technology from us to fight food fraud.

*We licensed technology that will impact a key material used in the automotive manufacturing industry.

*The Ohio Attorney General's Bureau of Criminal Investigation (BCI) used Battelle technology to help identify a missing person in a case from 2013.

*Test 6 results for the REALM Project https://oc.lc/test6-results were revealed.