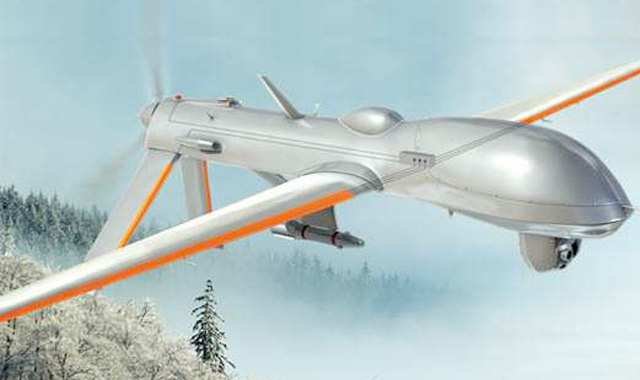 How Do You De-ice a Drone?

Icing is a serious problem for unmanned aerial vehicles (commonly called UAVs or drones). But anti-icing systems designed for commercial aircraft are too bulky, too heavy or require an on-board pilot to turn them on. What’s a drone to do?

What’s the big deal with ice and UAVs?

Ice can build up on aircraft either through precipitation on the ground or by formation of ice on the wings, engine inlet and other surfaces during flight. The ice can add dangerous extra weight. It also changes the wing profile, increasing drag and reducing lift. Eventually, the ice will cause the aircraft to crash.

For drones, which are usually much smaller than a commercial airliner, even a little bit of ice can add up to a big problem. This limits the range, altitude and duration of unmanned missions.

Ice protection systems used for drones have more design restrictions. High- and medium-altitude UAVs are typically designed to be light and aerodynamic to minimize fuel needs, provide adequate payload capacity and extend mission range. A system for a UAV must be very light and have minimal impact on aerodynamic features to avoid unfavorable impact on aircraft performance.

Drones also have a pilot who is located remotely from the drone during flight. This means that an ice protection system for a UAV has to be smart enough to turn on by itself while the drone is in flight or be controllable by the remote pilot.

How can conductive coating be used to de-ice drones?

Battelle material scientists have developed a new conductive coating called HeatCoat™, which can be applied as a uniform, nearly invisible layer to the drone’s wings. Under icing conditions, the entire conductive layer rapidly heats up when electricity is applied.

Want to learn more? See how HeatCoat works in the video below.